What are the Benefits of a VoIP System? 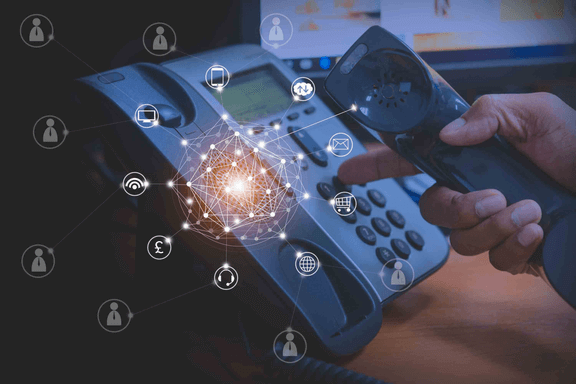 Within the last decade, businesses have become increasingly reliant on digital communication to operate efficiently and provide more value to their customers. As a result, VoIP has been leveraged by sophisticated businesses around the world to vastly improve their ability to communicate.

So, what exactly is VoIP?

VoIP, or Voice over Internet Protocol,  is a form of modern technology that allows you to make calls over the internet rather than using your telecommunications provider. Put simply, you can make a phone call via the internet using any data-driven device, including laptops, tablets, phones and computers.

Since its introduction in the early 1970s, the VoIP market has grown exponentially, with the industry valued at $145.76 billion by 2024. VoIP is recognised as a valuable asset for a variety of reasons that we’ll explain below.

Voice over Internet Protocol works much like a translator, by converting your voice signals into digital data which is then sent through your internet connection. During this process, a program referred to as ‘codecs’ encodes and decodes all of the analogue signals that come from your voice into compressed digital packets, increasing the efficiency of transmission. These digital packets are then translated back into their analogue form once they reach their destination, allowing the person receiving the call to understand the message.

Although all this might seem complicated, this process of translating data occurs all the time in our day-to-day lives without us ever noticing it.

Think of when you send an email: the message you send is translated into code, allowing it to be transported through the internet. It is then decoded into its original version, making the message comprehensible to the person receiving it – VoIP is no different.

How is VoIP different from PBX and PSTN?

Time for some more acronyms: PBX stands for private branch exchange, a phone system that’s been used for decades by businesses for internal and external communication. Its primary strength is its ability to switch phone calls between employees on local lines while allowing all users to share a certain number of external phone lines.

Meanwhile, a public switched telephone line (PSTN), sometimes simply referred to as a ‘telephone line’, is the most commonly used method for phone conversations. Unlike PBX, it operates by using just one line, for one conversation, using one phone number. It’s great for calling family and friends, but this limitation makes the PSTN model an impractical option for businesses with several staff members looking to communicate effectively.

PBX and PSTN have a number of similarities in the way that they’re set up – the main one being that they both operate using phone lines. The key difference is that PBX uses multiple landlines to form local networks, whereas PSTN can only use one.

A VoIP system, on the other hand, is a digitised method of communication that uses the internet to make calls.

What system should I use then?

While each phone system has its pros and cons, VoIP is without a doubt the superior communication technology of most businesses. That’s because it’s cheaper, more efficient and more flexible than systems relying on traditional phone lines.

The winning formula for any successful business is to maximise efficiency and minimise costs. VoIP plays an important role in achieving these objectives by providing a wide range of benefits – let’s have a look at these more closely.

The Advantages of VoIP

The Disadvantages of VoIP

Businesses that choose to use VoIP have a much greater chance of gaining an advantage over competitors due to the simple fact of having a far more powerful communication system. The traditional landline is an outdated model for any firm that’s serious about achieving growth.

VoIP offers businesses the opportunity to be more agile, efficient, and flexible. To begin with, firms are able to operate globally due to the minimal costs associated with making international calls. That alone is a game-changer. VoIP allows organisations to make important global connections, a vital step in achieving their aspirations.

Unlike traditional landlines, calls aren’t restricted to a single location. VoIP users have the freedom to communicate via a laptop, phone, tablet, or computer, at any location that has an internet connection or 4G. Although VoIP is totally reliant on an internet connection and bandwidth strength, it’s crystal clear that the pros vastly outweigh the cons. Businesses who don’t utilise this effective form of communication will miss out on the opportunity to reach their full potential and risk falling behind their competitors. 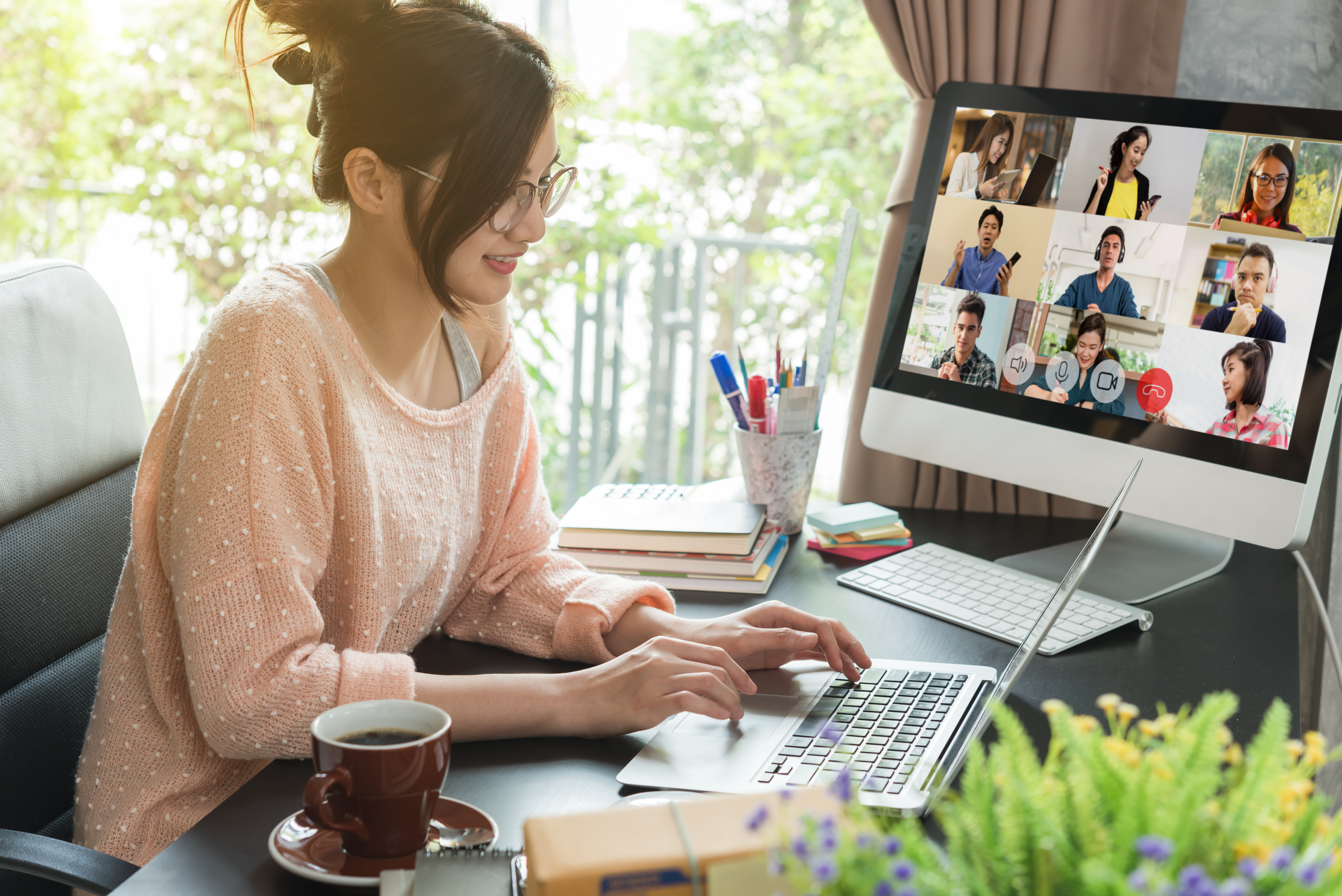 7 Benefits of Working from Home: Why Your Business Needs to Offer Business Telecoms Now

In the wake of Covid-19, many people are looking for ways to work from home. The many benefits of working from home or remote working are clear: improved morale, less stress, and better productivity. But what about your business? Do you offer the option to work from home? If not, you should be thinking about it. 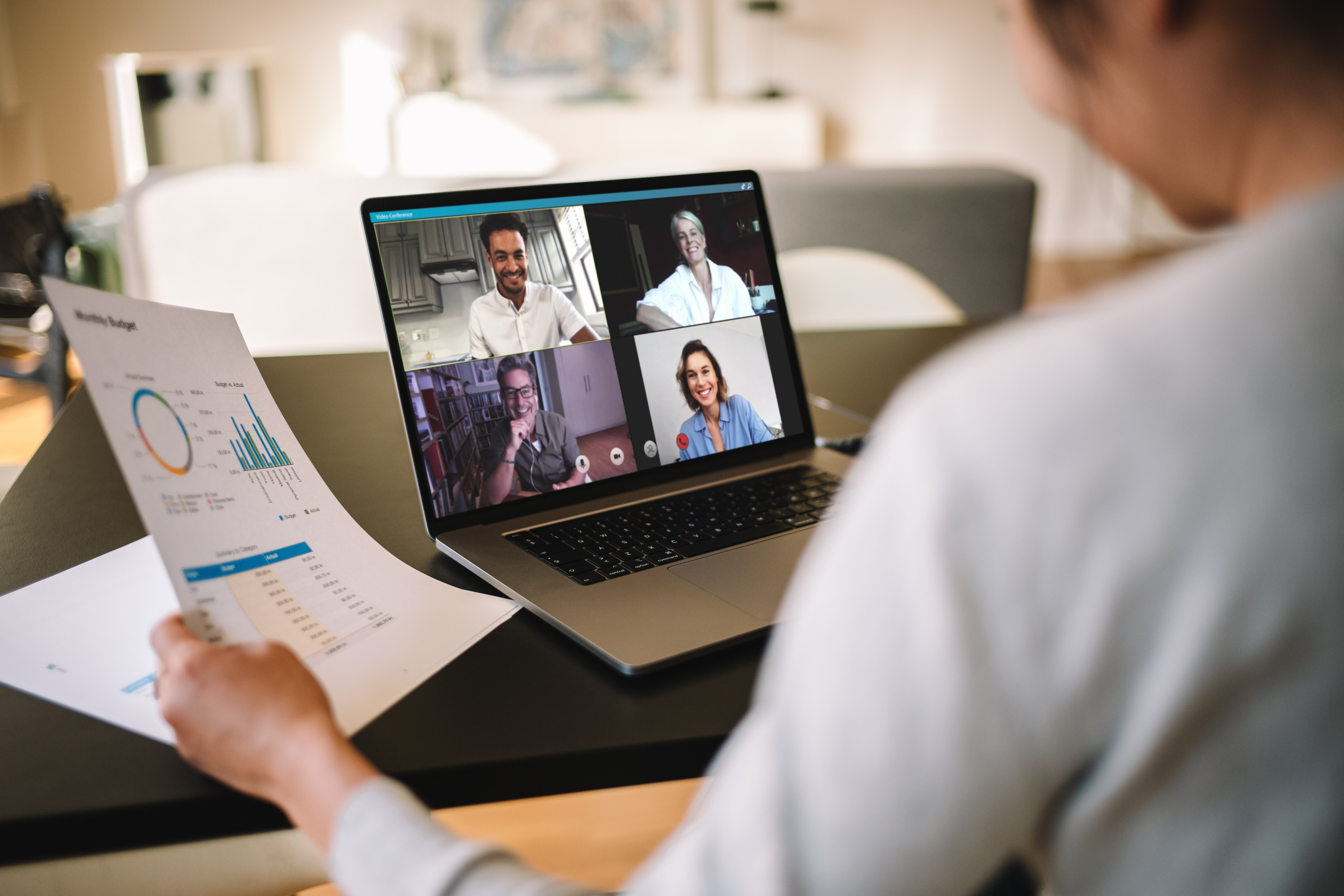 How Effective are Staff when Working Remotely and How Can Technology Enhance Their Productivity?

The business landscape is changing. With advances in technology, more and more businesses are allowing their staff to work remotely. There are many benefits to this however, there are also challenges that come with remote working. 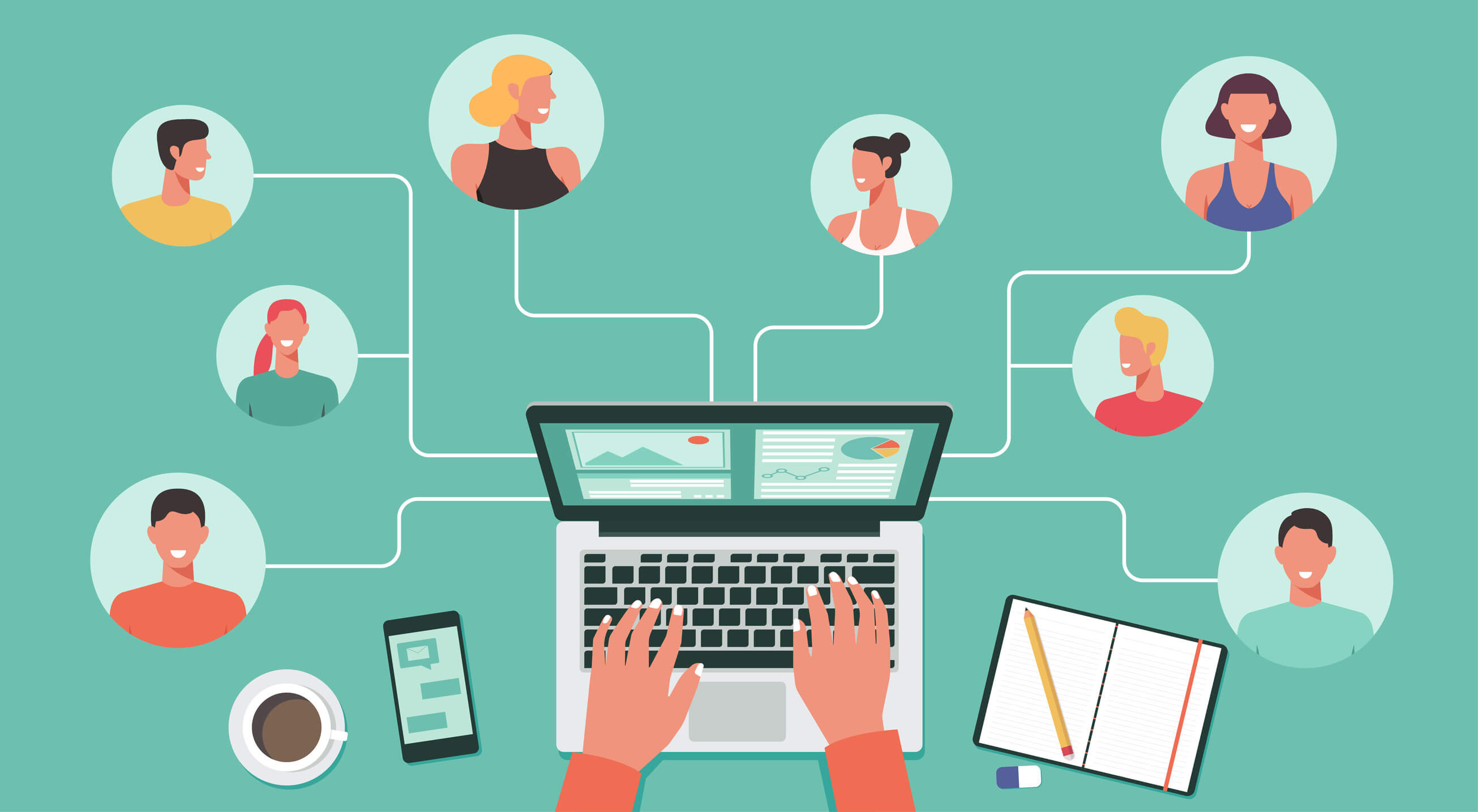 How Can Technology Improve Business Communication and Collaboration?

Communication and collaboration are two of the most important aspects of any business. If you can't communicate effectively with your colleagues, clients, and partners, then your business will suffer. 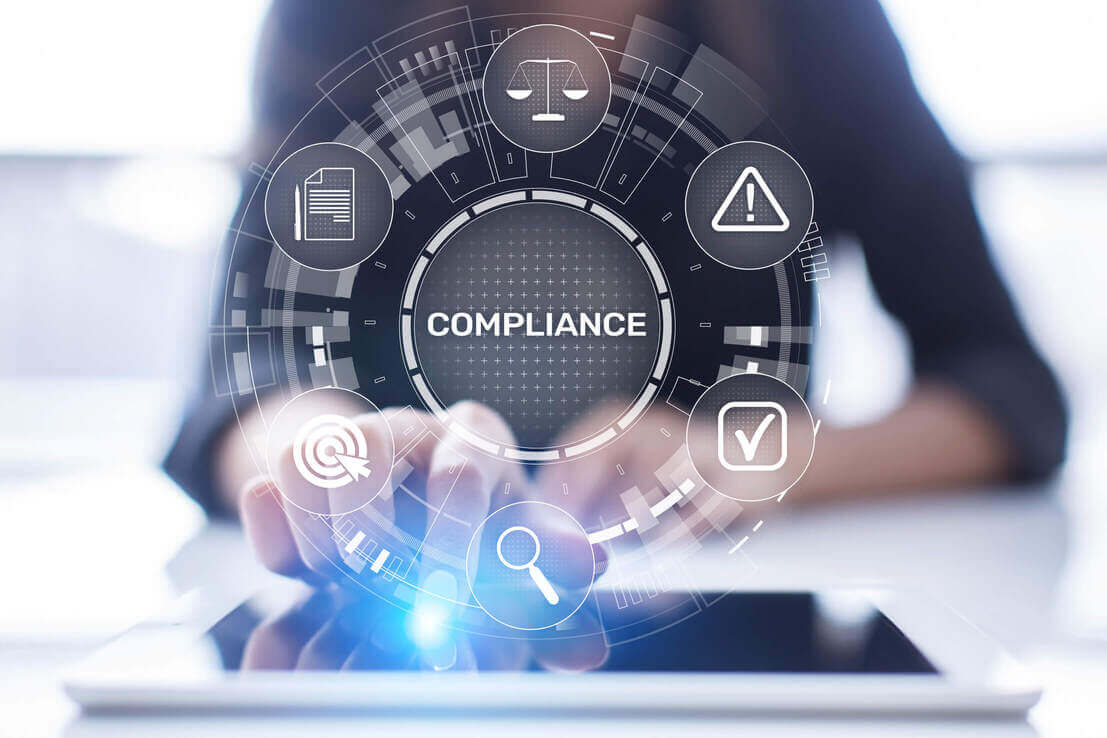 Everything you Need to Know About Regulatory Requirements 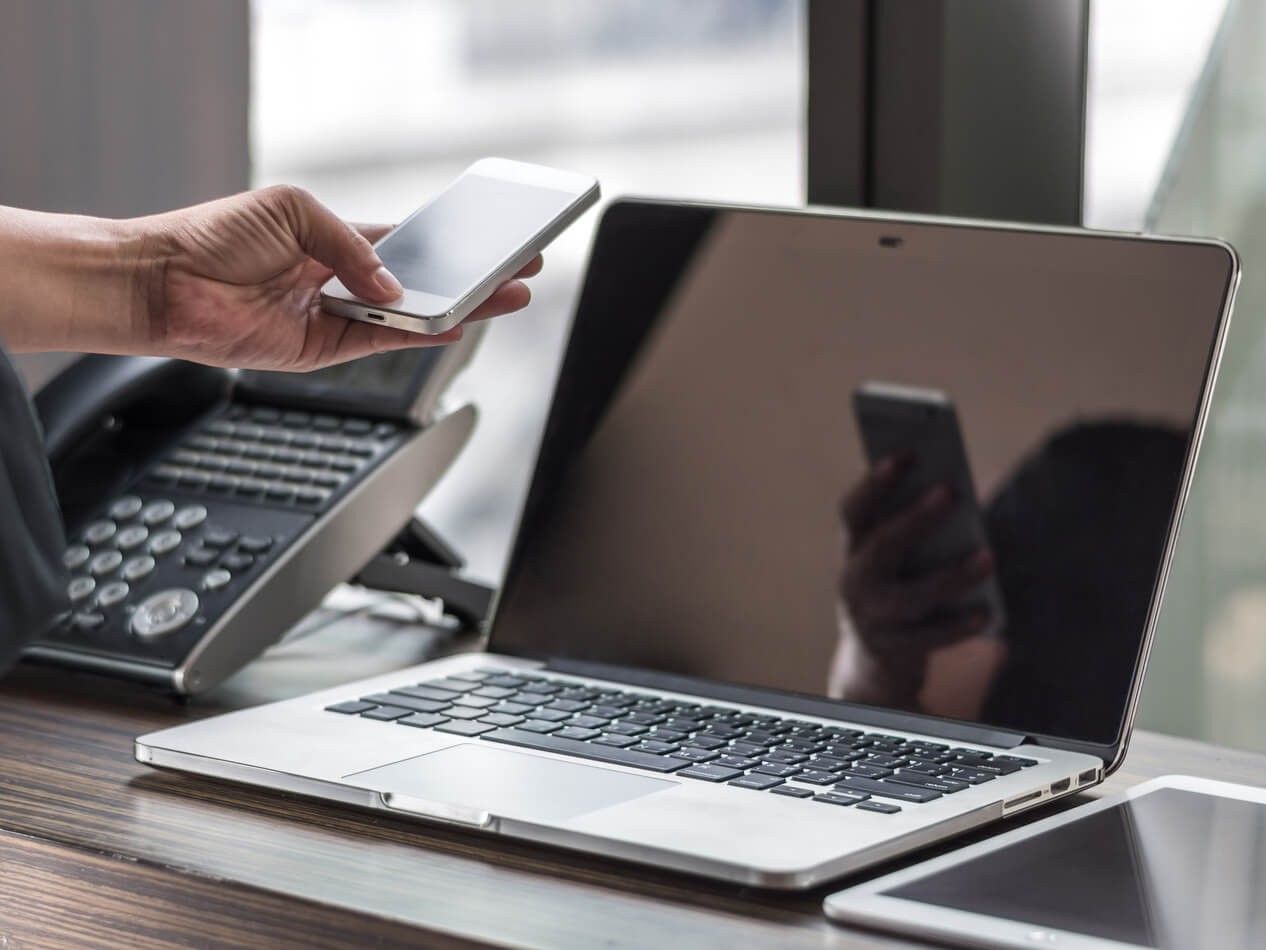 VoIP Phone Systems in Edinburgh: Who Should you Choose?

You should choose a system that will be compatible with your current devices and infrastructure. While most VoIP providers offer compatibility with major operating systems and devices, it’s always best to check beforehand. 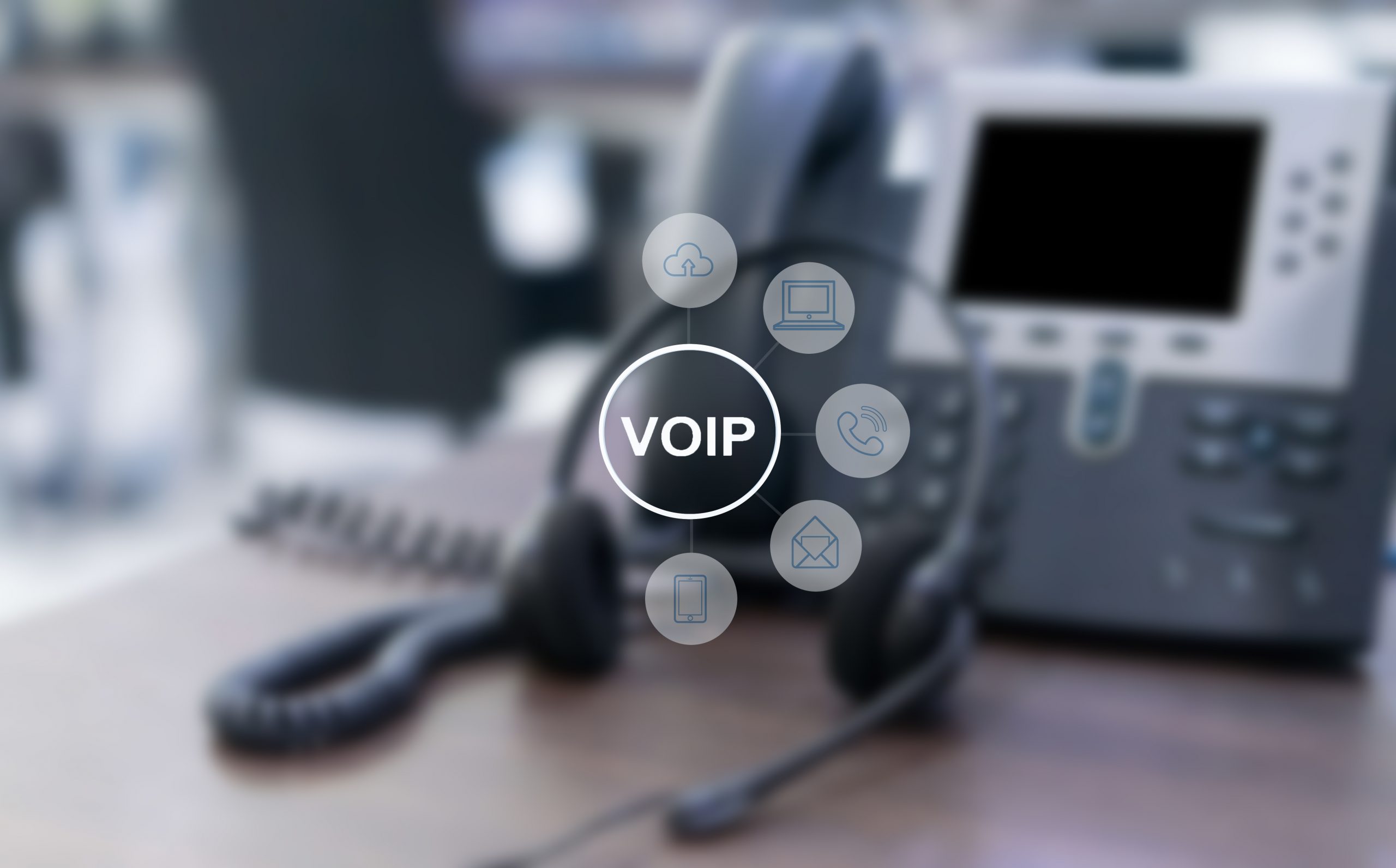 VoIP Phone System: Everything you Need to Know

VoIP is a technology that has been around for over two decades and was first developed in the early 1990s. It is based on the principle of transmitting voice communication over the internet instead of using a traditional phone line. 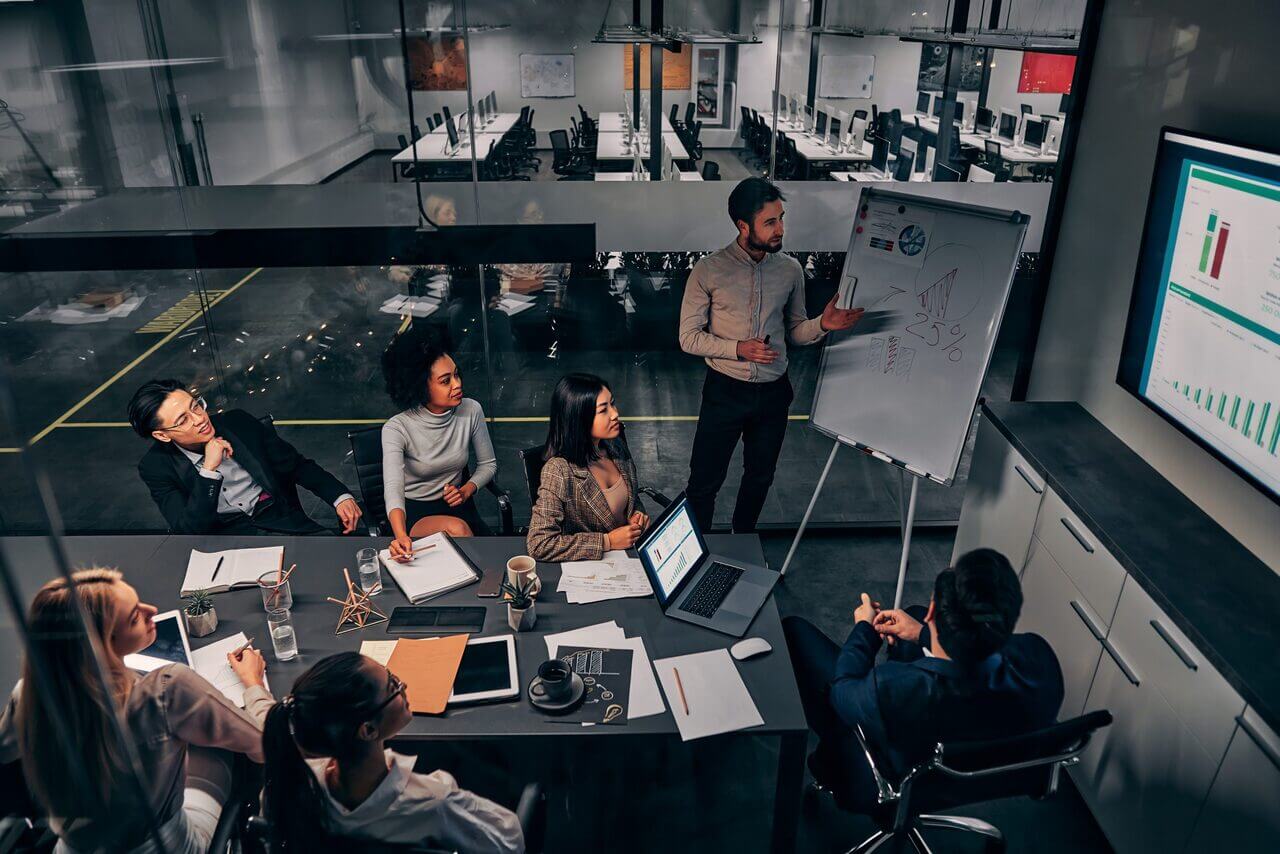 The 5 Steps for Creating a Business Continuity Plan

Leading a small business is a challenging endeavour. According to a January 2021 article published by Entrepreneur, 20% of small businesses fail within their first year of operation. And a staggering 50% fail within five years. 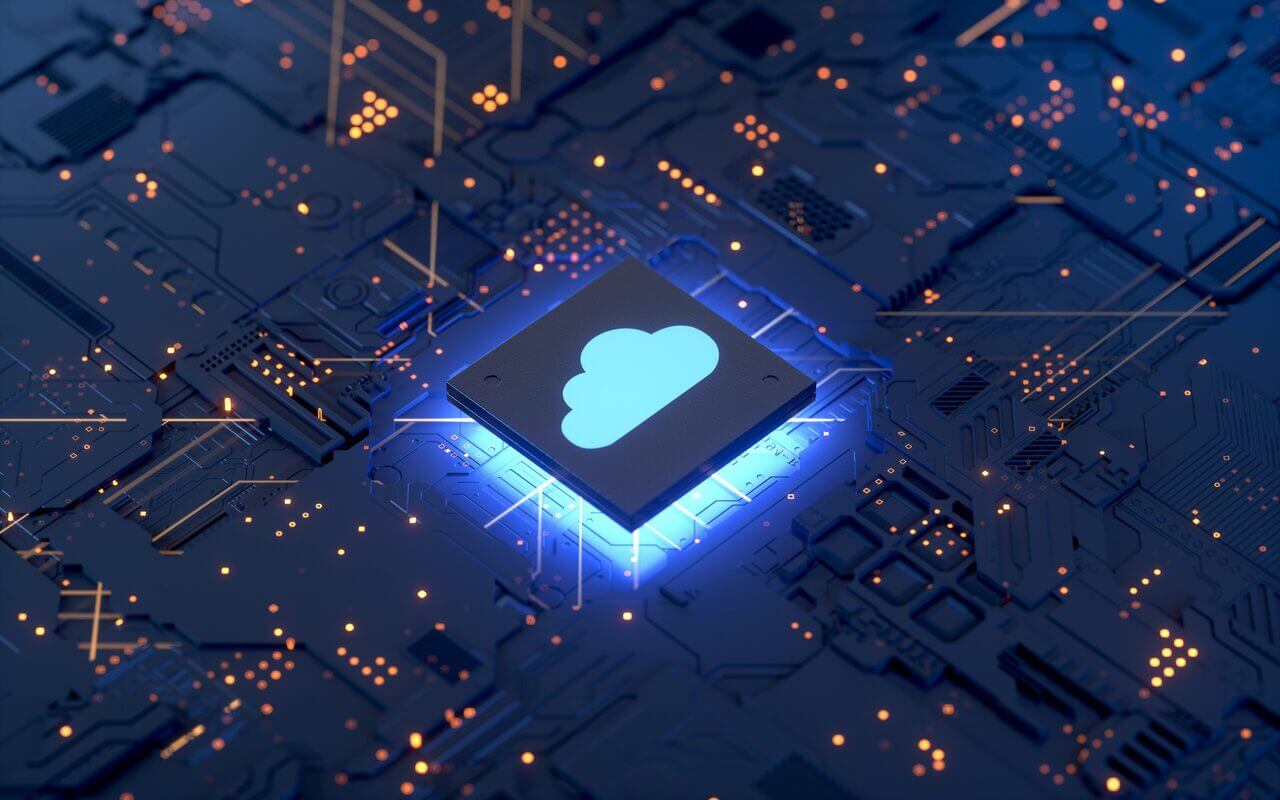 7 Ways to Maximise Cloud Solutions for Your Small Business

The onset of the COVID-19 pandemic rendered many business practices obsolete, such as; face-to-face brainstorming sessions, team building activities, even the entire concept of the office. 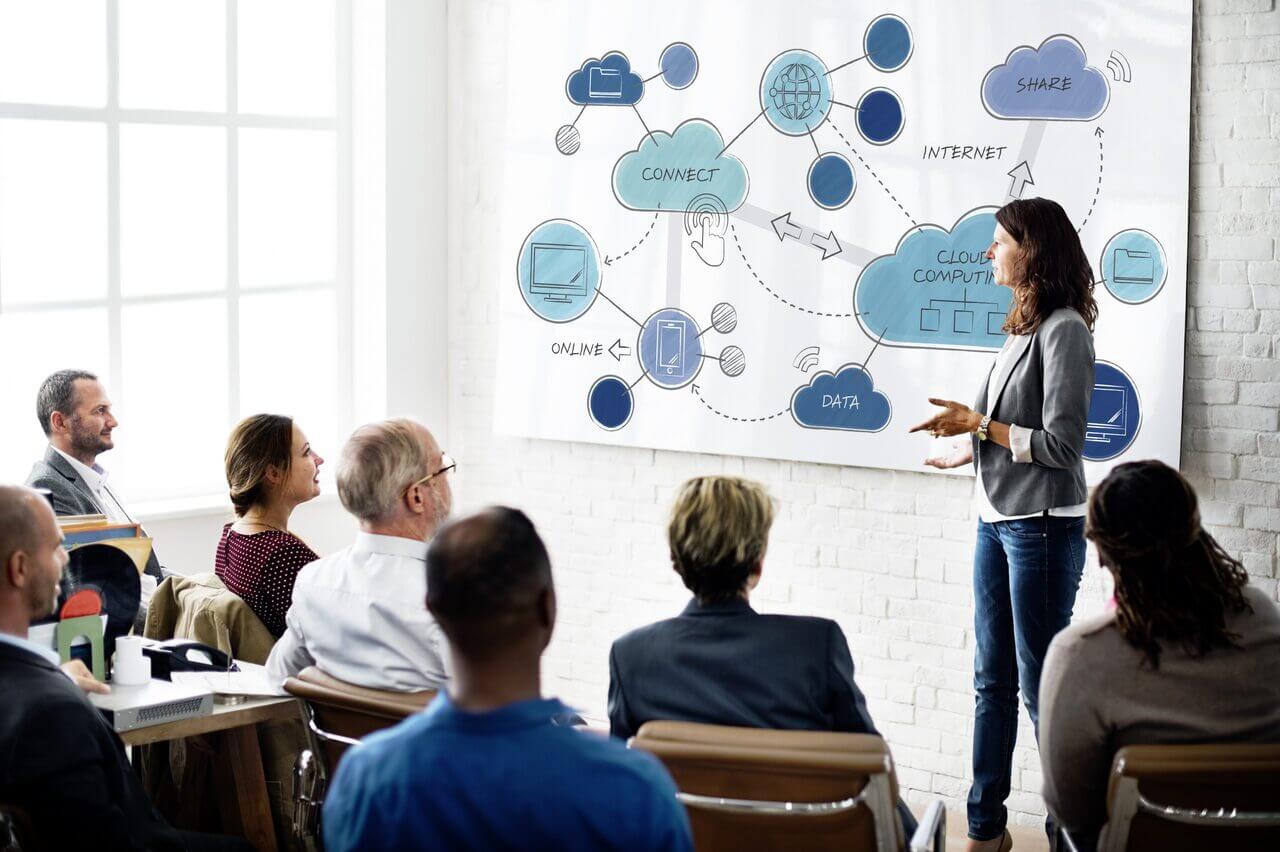 Securing your Business: The Basics of Employee Cybersecurity Training

With the ability for hackers to establish a beachhead in your business with little to no effort, security awareness training of your employees about current security threats, company security policies, and the personal role each plays in keeping your business safe from cyber threats is essential. 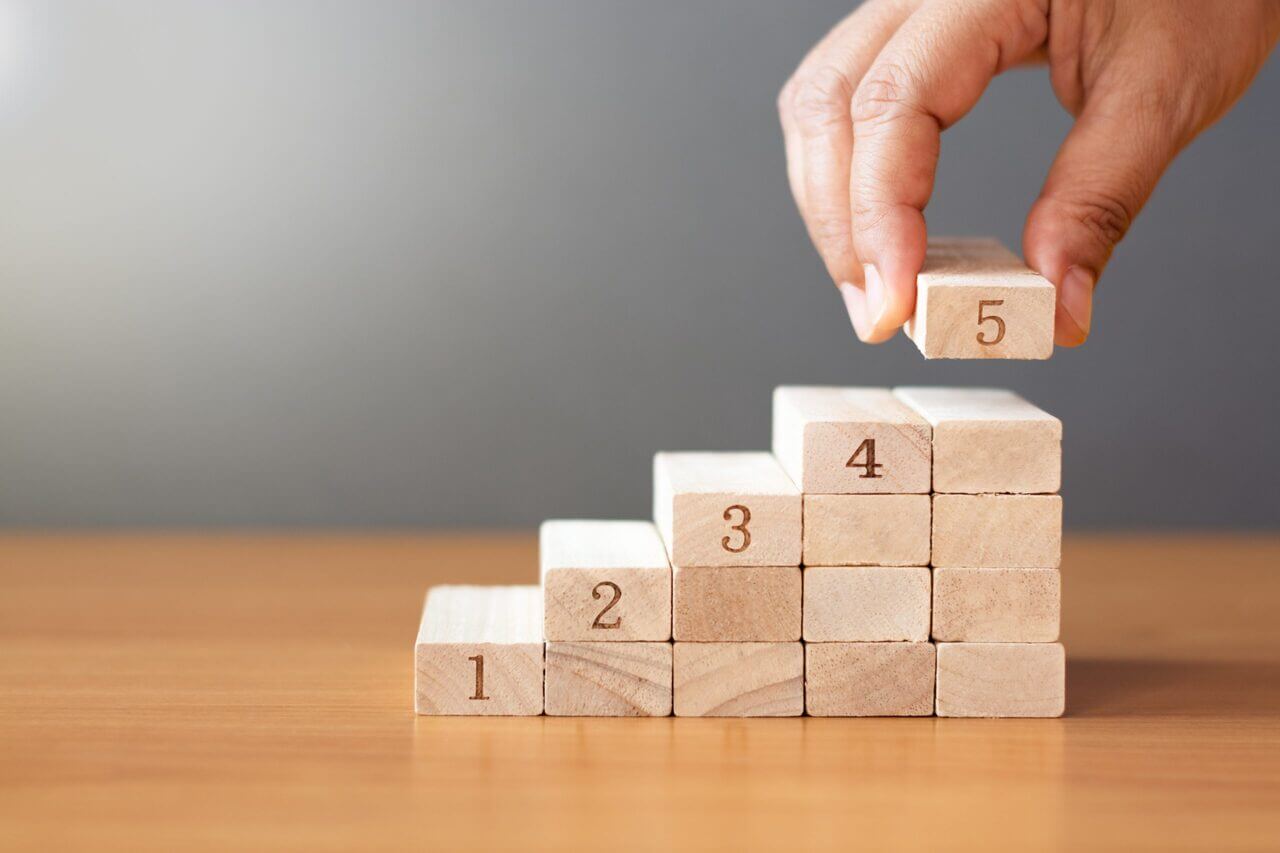 5 Components that Make a Great IT Strategy

A great IT strategy is not just about the technology. It's also about how it can help your business grow and succeed. With a good understanding of what an IT strategy entails, you'll be able to build one that will work for your business. 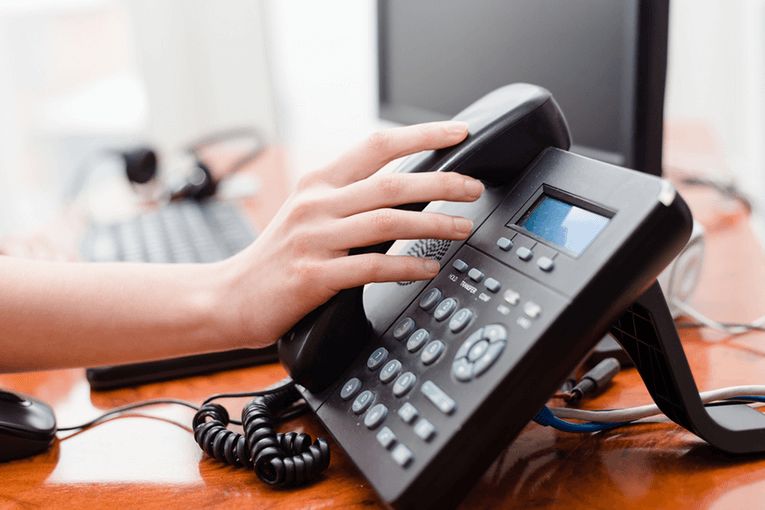 Business VoIP Phone Service: Why do I need one?

In today's world, telecommunications has become a necessity for any business. VoIP phone service is the future of telecommunications and holds many benefits over traditional phone lines. In this blog post, we will discuss what VoIP is and how it can be beneficial to your company. 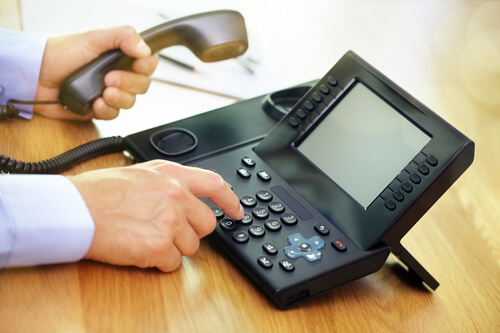 What is the best VoIP Phone System?

What is the best VoIP Phone System? Before we jump into our favourite VoIP systems on the market right now, let's look at what a VoIP system is... 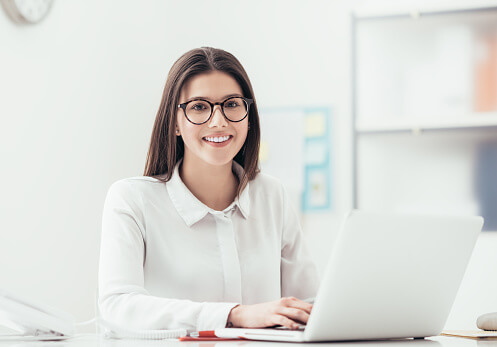 An Introduction into IT Strategy

This video is an introduction to our IT Strategy page. Throughout the page you can find information about what an IT strategy is, why you need one and how it benefits your business.